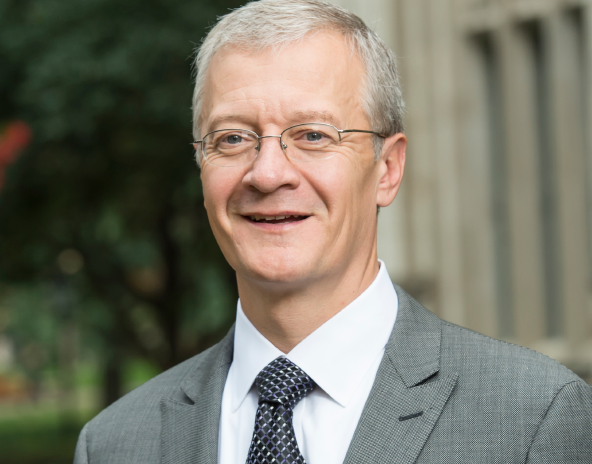 David DeJong has been named interim Vice Chancellor of the Office of Human Resources. DeJong temporarily replaces Cheryl Johnson, who after three years at the helm of the Office of Human Resources, is leaving Pittsburgh and returning to her home state of Michigan. The move will come with a new role — chief human resources officer for the Battle Creek Public School District.

DeJong ascended the ranks of academia and administration during his 30-year tenure at Pitt. He joined the University in 1989 as an assistant professor in the Kenneth P. Dietrich School of Arts and Sciences’ Department of Economics; he was promoted to professor in 2001 and to chair of the department in 2006.

In 2010, he joined the Office of the Provost and serves as executive vice provost. As part of this role, he serves as the liaison between human resources and the units in the provost’s area. “This includes making sure that each area has a staffing plan and that the plans are followed when staff actions take place,” said DeJong. Additional responsibilities as executive vice provost lend themselves to his interim position leading human resources for the University, such as hiring, promotions, salary changes and ensuring each area has a staffing plan in place.

Said DeJong: “I look forward to bringing to bear the strong relationships I’ve built over the years at the University to strengthen the support we’re providing to our staff.”